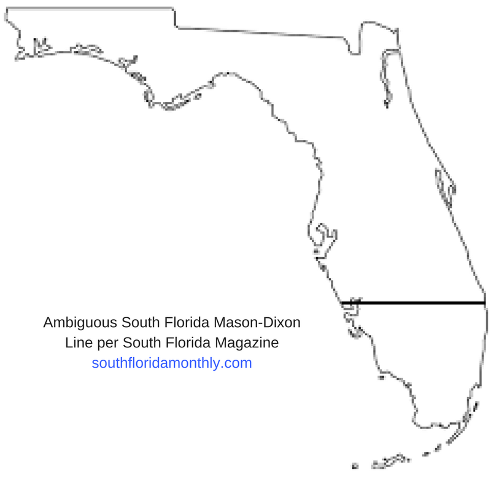 Where do you draw the border line when identifying the region known as South Florida?

Its a rather ambiguous area.  When most people think of South Florida they think of the metro area including Miami, Fort Lauderdale and perhaps the Palm Beaches up until the Treasure Coast area.  We here at South Florida Monthly Magazine for obvious reasons have decided to include Collier County which is home to the affluent Naples area as well as Monroe and even Lee County which includes a large metro area surrounding Fort Myers.  Our boundaries include the Florida Keys and wildlife rich (or wildlife infested) Hendry County where you can find some great deals on land at Southwest Florida land auctions. Some people in the Tampa area like to include themselves in the area known as South Florida after all they did name their main university South Florida U and technically they are in the lower 51% of the state so if you like to be technical then the region is much larger than one might think!