The Blander Report  - New Years 2021
Thinking Out Of The Box Time... Looking for the next hot area to get into before the rest of the trader/investor world finds it?
From the Author: 1st, I am a layman. No medical knowledge. No inside info. This writing is from research along with the thinking out of the box concept. 2nd a bit of American history as a basis for some of the thinking.
From the Publisher:  Contributing Columnist Michael Blander has been watching the stock markets and listening and learning from others for 3 decades.  His article is 100% opinion. It is to give food for thought.
Take what's presented with that proverbial grain of salt and always, always do your own research on any stocks, funds and market sectors mentioned. 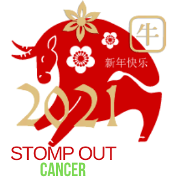 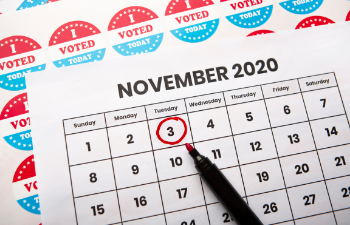 A little history. In the last 50 years, the markets have done pretty well under both Republican and Democrat Presidents. Down numbers for Republicans Richard Nixon (the country was going through Watergate for many months) and George W. Bush (pile on the unlucky! Between 1995 and the March 2000 top of the dot.com bubble, Nasdaq rose +400% then dropped -78% from its peak by October 2002, September 11, 2001 terrorist attacks & wars in Iraq and Afghanistan). Democrat Jimmy Carter had distinctly different market totals between the Dow (virtually even)and S&P.  Republican Donald Trump through worldwide Covid-19 pandemic.

There are some probable constants with either Presidential candidate winning.
Whoever wins the White House, 2 things will occur. There will be another stimulus package approved. The only question is the numbers finally agreed on. That will give the markets a boost.
If/when there is a vaccine (or more than one) to combat Covid-19, the markets will respond quite positively and beaten down companies will have strong gains.

Search for companies that were heavily beaten down from the pandemic that will recover starting in 2021. Some areas to consider- airlines, cruise lines, car rentals (for those vacationers), restaurant chains, casinos & hotel chains- all have a lot of room to move towards previous higher numbers. Not that they will reach those past highs, but certainly would gain from current levels.
The other fact that plays a significant part with whoever wins will be the makeup of the Congress. It is a longshot that the House will turn to Republican- but stranger things have happened in elections. The Senate, though, is another story entirely.  35 of the 100 Senate seats are up for re-election this year. Depending on whether Republicans retain the majority or Democrats win the majority will have strong impacts on the next president's programs. If political gridlock remains, investors could again feel that there is restraint on some radical proposals from both sides. If the President, Senate and House are all Democrats, that will certainly smooth passage of many programs. History shows that the volatility the S&P has had in election years reduces in non-election years.
Interest rates are extremely low. But if one were looking for interest income, consider dividends. As an example- AT&T (T) is paying 7.5% dividends yearly at the current stock price, and has been fairly consistent in the 5% -7.5% range based on the stock price for years. Of course as the stock price changes so does the dividend yield.

If Donald Trump wins, he will continue the programs already in place & we can expect the markets will continue to perform as they have. Yes, unemployment is high, but coming down. Virus infections have been spiking recently, but deaths have not- because younger, stronger people being infected are able to fight it off better than older people were in the beginning. And because of all that has been learned over the months of the virus.
The economy will continue to open up. Look to energy companies; refiners and midstream companies, to benefit. President Trump would most probably continue programs regarding energy. New taxes or regulations on fossil fuels are not a Trump goal, rather Trump would be friendly to fossil fuel production & possibly deregulate more.

Military spending would keep growing under a 2nd Trump administration, making defense contractors a buy. Even with this being the first president in decades to not have America in a new war, Trump believes in a strong military for defense. Large-cap banks would do well in the easier regulatory climate.
Another Trump term will also mean tweets! Trump uses Twitter to get his message out. Even with Twitter censoring some tweets, it's still a hot topic with Trump. And the more tweets equals more eyes looking which translates to advertising revenues.
Also consider the opposite side- what to move away from or even short/buy put options. Green energy stocks that have gained going towards election predicting a Biden win, would lose favor.

U.S. companies involved with China companies are at risk of stock prices getting hit. Trump has continually said how strong he has been against China. Another Trump term (where he is no longer looking towards re-election) would probably see more financial tensions with China, including more tariffs & technology restrictions.

A Joe Biden win would be a different set of priorities, especially if Democrats are able to control the House and the Senate. A lot of changes proposed. A lot more to speculate on with a Biden win.
The concern is not that a Democrat President means a down market. The posted stats show it obviously does not. BUT there could be an initial 2-4% market drop off in the first 100 days as government interests rotate out of fossil fuels, banking, defense. Infrastructure, clean energy and health-care services companies would be poised to do well. Pharmaceutical companies and FAANG stocks (Facebook, Amazon, Apple, Netflix and Alphabet) could dip.  A Biden administration would take a tougher stance on antitrust grounds, so techs that have done so well like Amazon, Facebook & Apple would be ones to consider moving away from, at least at the beginning of the administration.
Democrats want to expand social safety nets and infrastructure investments. Joe Biden has proposed some of the following
-a new universal child allowance to help parents and slash child poverty.
-a fully funded rental housing voucher program to ensure that every family that needs help gets it.
-expanding the Affordable Care Act to cover millions more and make coverage more generous for those who get it.
-a climate plan that centers investments in clean energy, rather than taxes on dirty energy.
-a huge increase in funding to low-income school districts.
-raise the federal minimum wage to $15 an hour.
All these have opportunities for investment dollars.

-Biden revealed (slipped?) at the last debate that he looks to "transition" out of the oil & coal industry. On September 6, 2020 Joe Biden told a young girl at a rally “look into my eyes, I guarantee you… we’re going to end fossil fuel.”  He has at different times said he was ok with fracking and would end fracking. A Biden administration wants higher carbon controls, strict limits on coal mining, and reduced or eliminated fracking. So any investments in oil & gas could be headed for a drop. The rotation would move towards green technology- renewable energy/wind and solar projects. EV- electric vehicles will be a major area to be invested in for the coming years. Consider the market darling Tesla. Tesla is a solar energy company and power company, not just a car company. There will be many innovations in the automotive industry going forward. Tesla will be at the forefront. And there are other, smaller companies poised to grow in EV.
Biden would be strong on building alternative renewable energy substations and power plant facilities to support moving towards electric vehicles by consumers.
Other rotation areas would be steel production and other building materials putting people back to work upgrading roads/bridges/etc., healthcare expansion plans (including for the 'undocumented'), tele-health over the net, investments in 5G and artificial intelligence. This could be big for semiconductor manufacturers, electrical component suppliers, artificial intelligence applications and software developers.
-As mentioned earlier, Democrats are big for increasing the federal minimum wage to $15. per hour. If this happens retail, restaurants, hospitality and leisure could take a negative hit.
-Currently marijuana is legal for adults in 11 states. Arizona, New Jersey, South Dakota, Montana, and Mississippi have marijuana on the ballot in 2020. If these states pass legalization of cannabis on their ballots, 47 of 50 U.S. states will have some form of legalized marijuana. A Biden administration would look to decriminalize marijuana across the country. Therefore look into cannabis stocks. Also look for those in jails for possession to be released. Joe Biden’s criminal justice platform is quite negative towards prison companies’ bottom line. He has promised to revive an Obama-era policy of phasing out the use of private prisons to hold people convicted of federal crimes. Which means for-profit private prison companies bottom line and stock prices will hurt.
-Biden tax policy will be a factor. The proposed capital-gains tax hike could spur selling in technology stocks ahead of such changes. He has repeated numerous times he will raise corporate tax levels, which will hit the bottom lines of corporations. As an example, an increase to 25% would reduce earnings by 6%. But there could be an offset balance with a Biden Presidency. Relaxed trade tension/tariffs, which are estimated to have hit corporations to the tune of -7% off earnings last year. So a possible break even area. Deescalation of trade tension could benefit exporters that depend heavily on overseas revenue and domestic importers that have significant offshore production. There would also be increases on personal taxes on high-end earners and increased borrowing. This could effect reinvesting back into companies. It is all definitely a mixed bag.

Bottom line, expect the winners would be different then the ones moving now, but the markets in general would move up after a shake out period.