Have you long been intrigued about the prospects of traveling to Cuba?

Have you heard false rumors that travel from the U.S. to Cuba has recently been restricted?

Are you an aficionado interested in sampling the forbidden fruit of the tobacco industry?

South Florida Magazine publisher Jay Shapiro just got back from Havana, Cuba and is sharing his insider travel secrets with the world.

Q.) How can I travel to Cuba from Florida?

A.) Airlines only. Jet Blue, American Airlines and Delta fly from the Miami / Fort Lauderdale region and Southwest flies direct to Havana from Tampa. Its a particularly good time to fly to Havana because travel there is light and light flights means cheap airfare and faster travel time. We arrived in Havana 15 minutes early and on our return flight, we left Jose Marti airport in Havana over a half-hour early and arrived 45 minutes early in Ft. Lauderdale. There were only about 20 people on a plane large enough to hold roughly 200 people.

A.) Yes, a visa is needed however you do not need to purchase it in advance. Online visa companies charge $85 plus fees for a total of $110 (or more depending on the company) if you wait until right before your flight the day you travel you can purchase the visa for only $50 from the Jet Blue counter agent. *check with the airlines to make sure this is still in effect before traveling

Q.) What else is required to travel to Cuba?

A.) 1. Current passport not expiring in the next few months. 2. Health insurance. Don't have health insurance? Don't worry, the airlines cover this for everybody. Its already included in the ticket price. 3. A reason for traveling there. You need to have a legitimate reason to travel to Cuba. As a magazine publisher, I chose the category of Journalistic Activity. Some people choose family visits, religious activities, public performance, etc.

Q.) How can I get a good deal on an airline ticket and hotel?

A.) Book your ticket from a site like skyscanner.com which allows you to search by cheapest month, will search all airlines and view a whole month of prices on one screen. If you're willing to fly on a Tuesday it will be much more affordable than traveling on the weekend. Hotel rooms are much less expensive during the week as well. Airline tickets from Florida to Cuba tend to run from $100 to $400 roundtrip plus the $50 visa.

Q.) How about the hotel rooms in Havana?

A.) They run anywhere from $7.00 per night for a cheap hostel up to $300 per night for a four-star luxury resort. Paseo del Prado is the newest luxury hotel and is located right downtown in old Havana. If you love cigars and the ocean you may want to consider the Melia Hotels. Melia-Cohiba is along the Malecon (Havana Seawall) and within walking distance of downtown Old Havana assuming you have good walking shoes. Melia Habana is up the road about 5 miles or a $15 cab fare. Melia Habana is right on the ocean and has a huge luxury swimming pool and many high-end restaurants and bars. Other hotels to consider: Hotel Nacional, Hotel Inglaterra, and The Saratoga. We do not recommend spending less than $60 per night for a hotel unless you will be renting from a family. If you do you will be in for a rude awakening. Many of the hotels look like luxury rentals online advertised for $20 or $30 per night but when you arrive there you find out what its like living in an old dilapidated school building with no toilet paper, broken elevators, open windows with no air conditioning and a stench that would make you prefer living in hell.

A.) The food is somewhere between bad to edible. Sometimes you can find good food but its a challenge. The problem lies in the fact that there are literally no grocery stores on the island. There are small government regulated bodegas and they offer some basic staples such as: cooking oil and a few other items. There are no candy bars or potato chips anywhere on the island. The food that is accessible to the local hotels and restaurants falls in line with staples and basics and must be sourced from many different places. The eggs from the egg tienda, the cooking oil from the salesperson or bodega, the meat from the carniceria etc. Some of the five-star hotels are wealthy enough to sneak enough quality ingredients in to make you a good meal. Perhaps they get quality gourmet ingredients from non-U.S. yacht provisioners or travelers from other countries who smuggle them in. Some of the wines on the shelf at the bodega are 2 times more expensive than they are in the U.S. The Saratoga hotel has great mixed drinks and good food but the condiments there are what we would call generic in the U.S. Melia Habana hotel has a great Italian restaurant.

Q.) What attractions would you recommend seeing?

A.) I'm more of an adventure traveler and I believe in traveling light and just showing up and seeing what happens and going wherever you feel like wandering. Cuba is very safe and there is no crime on the island. I wandered around some of the roughest streets of Havana at 2 am after a few drinks and there was no crime or problems. There are literally no drugs on the island. Prostitution is legal so that is not even a crime. 75% of the cars on the island are classic cars so you don't need to go anywhere special to see those. The Tropicana Club was founded in 1939 and they have nice dancing girls 24 hours per day. Just show up to downtown old Havana and start walking around. Almost everything on every block is historic!!

A.) They love Americans but sadly enough they despise President Trump. Many Cuban-Americans love our president but that simply is not the case on the island. Most people will tell you: Oh, I have a brother in Miami or a cousin in Jacksonville. Don't be afraid to be American but do NOT talk politics!!!

Q.) How do you get around in Havana?

A.) Taxi only. Almost every male on the island is a taxi driver. The licensed taxi drivers will have cars labeled "Taxi" and the non-licensed drivers will come up to you and ask you if you need a taxi. Non-licensed taxi drivers are willing to negotiate the price of the taxi fare. Many taxi drivers have old cars such as 1949 Chevrolets. Some drive newer cars which were built in China or Russia. One of the reasons I wanted to cut my Cuban vacation short is the fact that every few feet I walked someone was coming up to me saying: taxi? Taxi? You need taxi? It gets repetitive and old very fast. You will not need to look far to find a taxi because they will find you.

A.) Yes, it is very safe. There are no police in Cuba and the ironic part is that there is no crime either. Some people say that all of the police are undercover but that might just be a rumor to scare the locals and prevent them from committing a crime. If someone did commit a crime in Cuba the punishment would be very very harsh. Prostitution and 24-hour drinking are perfectly legal so you can have enough fun there without breaking their law.

Q.) What about the internet and cell phone usage?

A.) Your cell phone will not work on the island however its wifi will. Facebook works perfectly fine via wifi which is pronounced: We Fee in Spanish. At the hotel, you must purchase a NAUTA ETESCA internet card. ETESCA stands for Empresa de Telecomunicaciones de Cuba and its the state owned internet provider. First, transfer your American dollars to CUC – Pesos Convertibles at the receptionist's desk and then go to the desk that sells the ETESCA internet cards. Purchase either a one hour or five-hour card. They are only a few dollars. Then as if you were enjoying a scratch-off lottery ticket reveal the username and password and then enter it in your phone's wifi login.

Q.) Which type of money do they accept in Cuba?

A.) There are 3 types of currencies in Cuba. 1. the old Peso which is only for the people who live there. 2. CUC or Pesos Convertibles which is the currency that was created by the government for tourists to use at local businesses. 3. your own local currency which many people will gladly accept. The Cuban currency system is designed so that the government, the local hotels and the Cuban people, in general, can all profit from currency exchange. When you bring $100 to the hotel they will only give you $87 in Peso Convertibles so $13 goes to the hotel and the Cuban Government. Some locals will exchange Pesos for Dollars one for one but be careful who you deal with because while there is virtually no crime on the island the people are hustlers and will try to talk you into buying a box of counterfeit cigars or taking a long cab ride etc.

Q.) Do they speak English in Cuba?

A.) No!! Many people under the age of 50 speak enough English to catch a cab and do basic things but the older people do not speak any English at all. Travel with someone who speaks Spanish.

Q.) Can I bring Cuban cigars home from Cuba?

A.) Yes, you can bring up to 100 cigars and one bottle of Havana Club rum. I bought a box of Cohibas and a bottle of rum and had it in my suitcase and the Cuban customs official stole them from me. He told me that the Rum was the wrong size which I know was total BS because it was the standard-sized bottle. I did have some other cigars stashed in my suit coat pockets that made it through. Once you get beyond the Cuban Customs section at the Jose Marti airport there will be no more searches. Walk into the furthermost section of the airport and there are two places that sell great Cuban cigars. One of them is duty-free and one of them is not. The duty-free place sells cigars for almost 50% cheaper and they are right next to one another. These are 100%

authentic cigars. I bought a box of Partagas for $32 USD and they do accept US dollars in that section of the airport. The rum at the airport is more affordable than it is at the bodegas on the streets so do yourself a favor and buy your products at the airport but remember to buy them in the area where you board the plane. NOT in the area before you get searched. Upon arriving the U.S. customs asked me if I had any alcohol and cigars. I said: They took my alcohol in Cuba but I do have cigars in my suitcase. He let me right on through without even searching the suitcase. He was however shocked that Cuban customs illegally confiscated the rum. If there is any crime in Cuba its a crime against humanity and generally not committed by the common citizens!!! 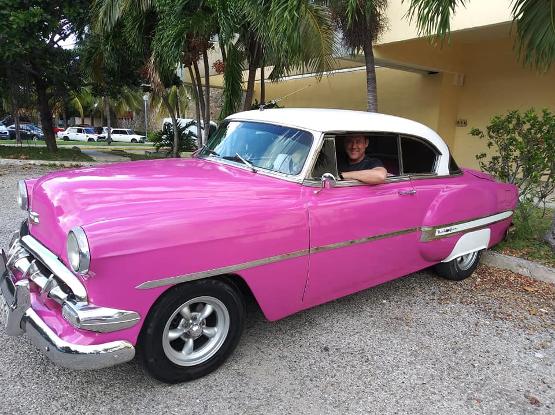 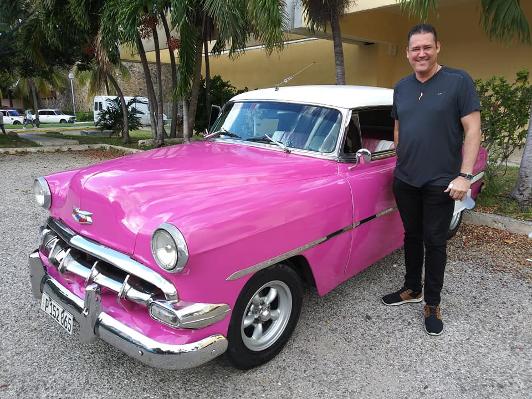 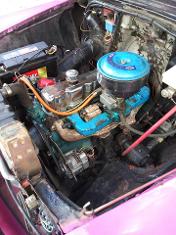 Jay Shapiro enjoying the classic cars in Havana, Cuba.  An old 1950's Canadian built Chevrolet which has been in the driver's family for 60 years passed down from grandfather to father and now the son Mario drives it. 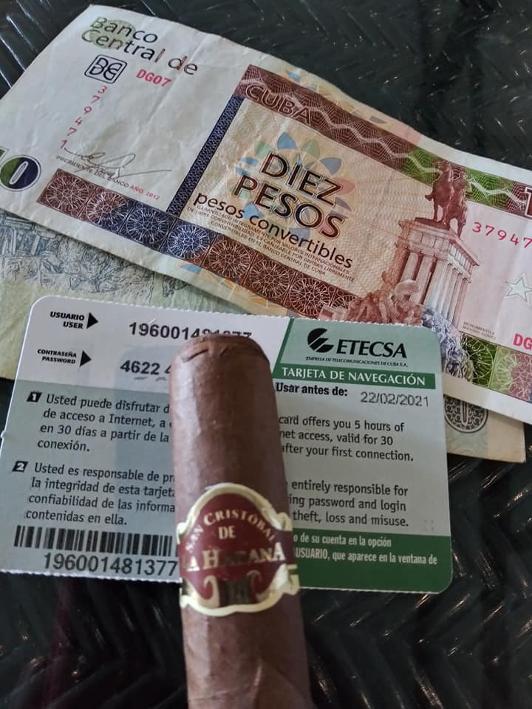 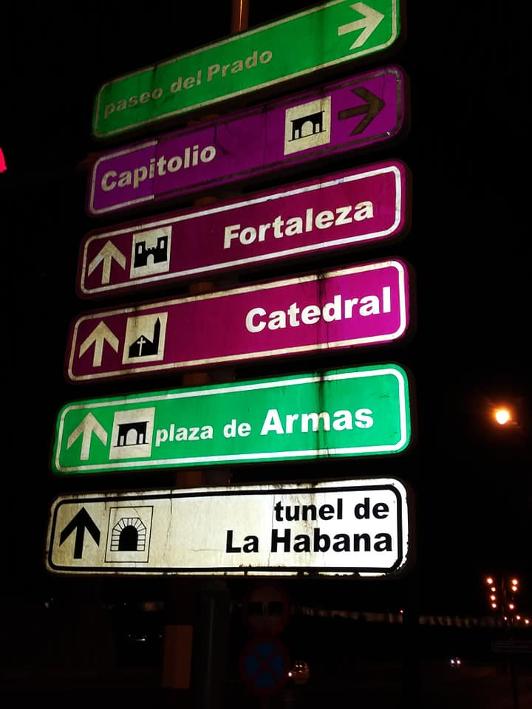 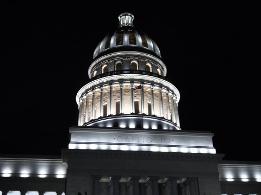 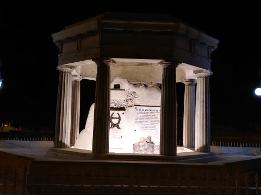 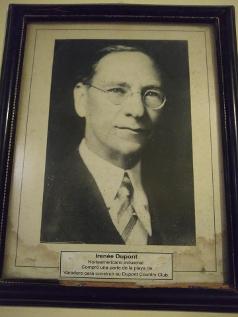 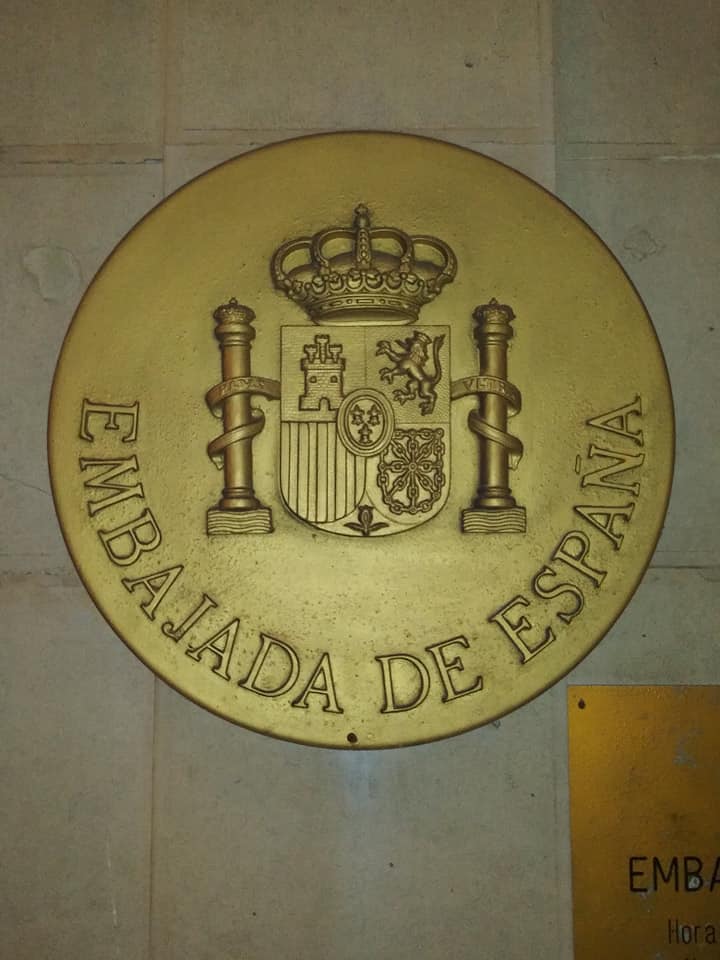